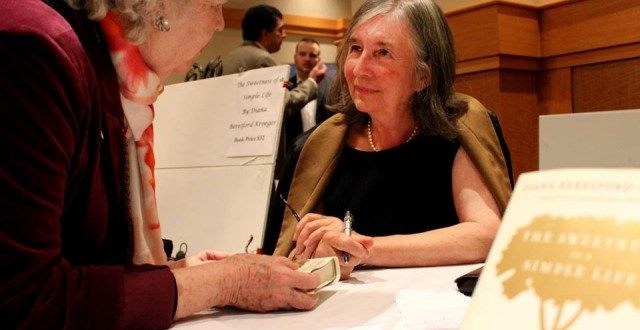 Thanksgiving means that you are full of gratitude for what nature has put on the harvest table.

The house is awash with seeds. These are Magnolia acuminate, cucumber tree, the Menie pear, Duchess of Oldenberg apple pips, and beans of every sort.  There is magpie, painted lady, my own Scarlet runners, selections off the aboriginal beans and then the original beans themselves with the dots and dashes on their coats. The list goes on and on.

Believe it or not the vegetable garden has been tilled and my orchard has been put to bed. The screens are up to keep the deer away and the mice guards are in place for those more vulnerable trees. The nut trees are showing great promise. These are mistner trees whose nuts will go all across the continent in the next few years.

Katrina Siks will be here on Tuesday with her companions. They will collect seeds for future food trees for the city of Ottawa in their Hidden Harvest Project in conjunction with the local food bank.

Last Wednesday was a travel day. Both Christian and I went into the city to plant the first tree of a million trees to replace those ash trees, Fraxinus americana, that are dying from the Emerald Ash borer beetle, a new invasive species for this continent. The Ottawa Citizen newspaper caught us in full flight with a shovel and a basswood tree, Tilia americana, the world’s best feeding tree for beneficial insects. This will be the first of many going into the city as a city forest.

Sarah Harmer was there. Her music is the international voice to raise awareness about the protection of nature. We met again on stage at the Ecology Ottawa Eco Gala, later on, that same night. Both of us had an eagle eye view of a million dollar dinner in front of us. The mayor, Jim Watson, a low-key guy, was there right in the centre of all of this enthusiasm for the First Green Capitol f North America. I was the keynote speaker, by the way, 550 people and 100 more on a waiting list.

On Friday, a PBS crew will drive up to the garden from Washington DC for filming on a new series on trees that will be shown in 2014. My old friend E.O. Wilson will be part of it.  This will compliment the material of the film 10 Trees to Save the World (working title). So again, I will have to comb the branches and twigs out of my hair. Then I’m off to Toronto to begin the media for my new book “The Sweetness of a Simple Life”.

The next time you hear from me I will be in Japan with our small crew and Jeff McKay with his large camera. We will travel in search of shrines, of forest bathing, of composers and of some of the top scientists in the world. Together we will have a lot to say about the forests and the great oceans of the planet and the vital link between them. Stay tuned. Excitement is in the air…

10 Trees That Can Save the World, Call of the Forest: the Forgotten Wisdom of Trees, Diana Beresford-Kroeger, Ecology Ottawa, Global Forest, Jeff McKay, Sarah Harmer, The Sweetness of a Simple Life
Share Post: