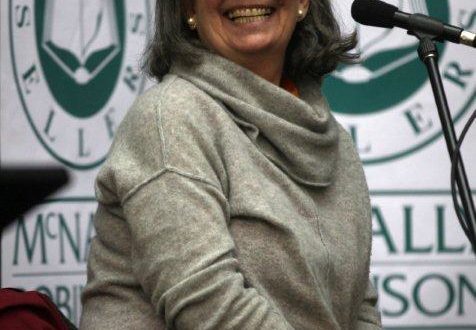 Jeff had set up filming in the Boreal forest north of Winnipeg for the last week of February and the beginning of March. Our housing was to consist of a heated yurt. The team and I were to find comfort out of the cold in this tented affair. The cameras, too, have to be treated like newborns because they whine and hiccup when frozen. I packed for this with boots, socks and layers of clothing bulging out of my luggage. No. Julia Roberts does not go there, just in case you might ask.

When I arrived, the province of Manitoba gave a shudder. The temperatures dropped; -50°C became the topic of conversation and debate.  Now for those of you who live in the pearly white portions of the globe where zero degrees centigrade or 32° Fahrenheit give you nightmares, a cool -50°C, can mean death. Lungs freeze, breathing is a problem, Irish women solidify and movie cameras pop their cork. So the shoot was called off.

But, I learned something else. The process of editing a film is dull, not dangerous, and definitely a slog.  So, I became a consultant editor alongside Jeff enthroned in his new chair for the job. I became aware of the amount of work theatrical documentary really is. I swung around in his old seat while he wheeled about in his new chariot. Then we had meetings with the animators. My drawings and science were grabbed and pulled down Jason Doll’s gopher hole. They will appear in the spring.

To compensate for my working days, I went out every night to dinner with friends. I had marvelous meals of elk and had fine conversations about aboriginal medicine and magic, Japan, books and writing. Then I returned back to Jeff’s house, climbing over the snow banks to the numbness of sleep.

I gave a talk and signed books at McNally Robinson Booksellers on the Monday night. I was so surprised by the number of people who braved the weather. They filled the chairs until no more seats were left. They clung onto bookcases and propped up the corners and the wall. I am glad the fire chief didn’t make it. I think he would have thinned out the crowd, and hosed me down. I love the people of Winnipeg, so I enjoyed myself thoroughly. Yet again! So, you get the trend.

But, I witnessed exploding streets. The water mains in Winnipeg are above the frost line; basements were caving in. I am witness to a floor of a downstairs bedroom, which had collapsed. The main streets are like corrugated roofing. Lots of flooded cars are flash frozen into place and will have to wait until the spring thaw.

The weather effects are being multiplied across the world including a freak, catastrophic hailstorm in Afghanistan where golf ball sized hailstones caused hundreds of millions of dollars of damage to aircraft based there, innocently, out in the open.

Coming home to the comfort of my woodstove I find that the world’s financial markets are talking about “a carbon bubble.” They are worried about the inflated price of oil, which flows at a steady state with our pension plans. So it looks as if green investment banking might get a boost. And what has all of this got to do with the film Jeff and I are doing? The answer is, “a great deal, a very great deal.” Just wait an’ see an’ keep tuning in….

Diana’s journey and public appearance in winter-ravaged Winnipeg was rewarded by “The Sweetness of a Simple Life” hitting #2 in the Hardcover Non-Fiction category of the Winnipeg Best Sellers list!