From Diana - All About Forest Bathing 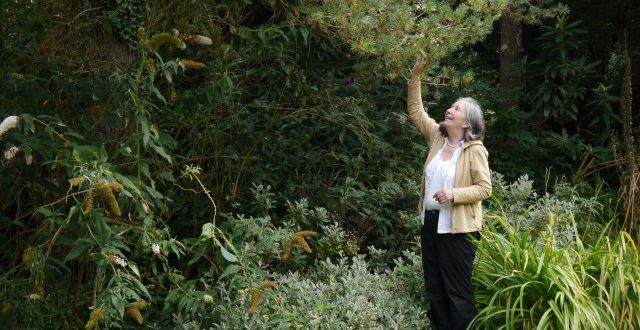 Stand still. Very still. And close your eyes. I want you to imagine that you are standing, sitting and walking in an ocean of air. This is called the atmosphere. We all share this invisible wonder of our natural world.

Inside this ocean an extraordinary exchange is going on every single minute of time. The elegant, tall forests breathe out oxygen and you breathe this into your lungs. Then you turn about and breathe out (or respire) carbon dioxide into this invisible ocean. The leaves of the forests lay in waiting for this black pearl, carbon dioxide, and breathe it in. Such is the way of the world. Your life is being bartered by trees and I bet you didn’t even know it.

Now for something ever more extraordinary, bordering on miraculous. The atmospheric ocean gets a booster shot of medicinal aerosols from forests to keep it healthy. And you also have to breathe this stuff if you happen to be in a forest. The medicinal aerosol mixture keeps you healthy, too. And your children. And your dogs and cats. Your husband gets a special treat like a form of Viagra Hush now! Keep quiet. This is real. Carry on reading…it gets even better…

Diana taking a quick dip in the Black Forest of Germany

Forest bathing or a short, leisurely walk through forests is a very old health practice. Thousands of years old, it is a form of natural aromatherapy where the medicinal aerosol load changes from north to south and forest to forest. Different cultures call it different things. The Japanese call it “Shinrin-yoku.” The Irish Celts called it “Tig allais”. The aboriginal peoples of North America used the aromatherapy in the more formal, clinical manner of the sweat lodge. Even the Victorians took “The Cure”.

Nowadays, with the well going dry, i.e. the forests disappearing at a frightening rate, scientists are waking up like Sleeping Beauties from a long slumber. In the brave new world of the Nippon Medical School of Tokyo, a scientist took “Shinrin-yoku” to task for once and for all. Down the coastline the Japanese had been practicing this promenade for over a thousand years. The head man is called Qing Li.

To his absolute astonishment he found that both his male and female patients received a huge health impact from Forest Bathing. In a nutshell their immune system had a call to arms. In specific terms the natural killer cells of their respective circulation went into overdrive and this effect lasted for one month. Other items popped up, too. The stress hormones that are normally so damaging, took a snooze.

When we say that Diana and 10 Trees film director Jeff McKay are really into trees, we mean it quite literally!

In addition, like honey bees, a summer swarm of physicists got together from Finland, Germany, Denmark and the United States. They built an atmosphere chamber and began looking at true aerosols, in particular, a global trooper called alpha pinene. They looked at its beginnings and endings doing the mathematics on the way. The end product is the discovery of some extraordinary information about the atmospheric ocean we all share. Some of the results point a finger at the Boreal Forest canopy and explain its importance in cloud seeding and driving weather patterns, not to mention the pinenes ability to act as a universal antiseptic, keeping our air clean and fresh.

So, I rest my case. The forest is our friend. A chemical complicity has been going on between trees and man since the beginning of human time. There is a governance effect of nature on health that we are just starting to see. Like children staring at a lollypop, scientists are drooling and beginning to lick!

And all of here at 10 Trees would like to wish a very HAPPY BIRTHDAY to Jeff McKay, our intrepid director & editor!

10 Trees That Can Save the World, Call of the Forest: the Forgotten Wisdom of Trees, Diana Beresford-Kroeger, forest bathing, Global Forest, Shinrin-yoku, The Sweetness of a Simple Life
Share Post: