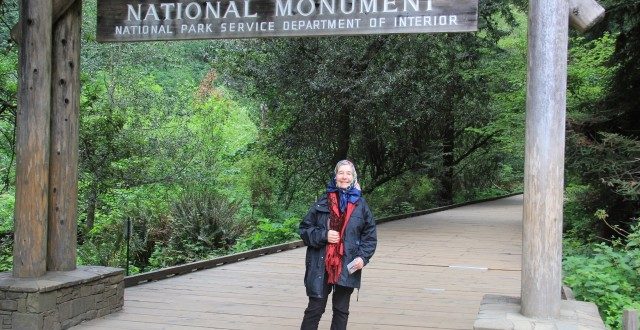 I have just returned from a two week tour of the United States for my latest book, “The Sweetness of a Simple Life”.

Adriana Magana, whose passion for trees is expressed in permaculture, hosted me for my first few days. Through her I am beginning to understand that there is a growing and profound interest in the natural world.  When I spoke in “The Commons” in New York I was struck by the diversity of professions and nations in my young audience. This rising tide of hunger for nature is something completely new.

I visited Tripple Brook Farm in Massachusetts  and found a row of germinating Aprios americana. This plant has been on my bucket list for over twenty years. It is a member of the pea family and occurs in eastern North America going by the common name of groundnut or potato bean. This was once an important food plant of the First Nations diet. The delicious tuber was harvested in the fall like a yam. My failure to grow it was due to the fact that the St. Lawrence River species are triploids and must propagate by cuttings.

Another surprise was in store for me in California. I stayed in Marin County, home to a famous forest of redwoods, Sequioa sempervirens called Muir Woods. I had seen this forest years ago, but now they were showing the stresses and strains of the acute water shortage of California’s drought. The companion trees called Tanoaks, Lithhocarpus densiflorus, were lying on the forest floor, stone dead. They had succumbed to a new disease called sudden oak death. This is a fungus, which strikes to kill from its lair in the ground. In the past, a close relative of this disease changed the course of world history because it was responsible for the Irish potato famine that killed around 4 million people.

Man and nature are connected in a fragile web of life. We must pay attention to the world around us and respect it. The human family is just one voice in a global chorus of many. We have the great gift of choice, to destroy or repair. So join me and get the job done.

10 Trees That Can Save the World, Call of the Forest: the Forgotten Wisdom of Trees, Diana Beresford-Kroeger, Global Forest, The Sweetness of a Simple Life, trees
Share Post: