From Diana - Testimonial of a Scientist on Pimachiowin Aki 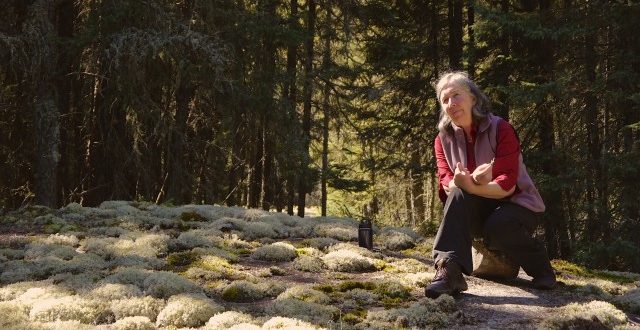 In 2012 a bid was sent to UNESCO by a group of people from the provinces of Manitoba and Ontario to have an area of land known as Pimachiowin Aki designated as a UNESCO World Heritage site. This would preserve the land in its pristine state and also open up ecotourism opportunities for its inhabitants. Unfortunately when the selection committee met in 2013 the bid was deferred. This was because the World Heritage Convention’s criteria was unable to recognize “the indissoluble bonds that exist in some places between culture and nature”. UNESCO sent cultural heritage experts to Pimachiowin Aki in October 2013 to discuss ways to revise the nomination. At recent meetings in Doha, Qatar, UNESCO discussed the evaluation criteria and we are standing by to hear what has been decided.

In September 2013 the 10 Trees to Save the World crew visited the Pimachiowin Aki to shoot scenes for our film. It was during this trip that Diana was compelled to write the testimonial below in order to give her opinion and wholehearted support as a scientist to the efforts being made to secure this land safely, and intact, for future generations.

Testimonial of a Scientist on Pimachiown Aki

In Ojibwa the phrase Pimachiowin Aki translates to “The land that gives Life, ” a portion of the North American continent consisting of 33,400 sq. kilometers. This landmass is almost the size of Ireland and nearly a quarter the size of France. And, it lies, more importantly, in Manitoba in the heart of the continent.

Pimachiowin Aki is an important time capsule of the planet. The entire area consists of undisturbed flora and fauna that are themselves a fingerprint of the past. Once a habitat like this in all of its entirety has been lost, it is next to impossible to reconstruct, because science does not possess an archive to do so. The written descriptions of ancient forests do not exist. A living library of complete vascular genomes us not there as a template for future reconstruction. Therefore, the land mass of Pimachiowin Aki holds an important key for our future.

Pimachiowin Aki – The Land That Gives Life. An important key to our future. Photo by D.G McKay

The geographical positioning of Pimachiowin Aki on the North American continent is important. The geoprofile has a direct influence on migration. Birds, bats, butterflies and some mammals look to the circumpolar boreal forest system for sustenance during ovulation and nesting. The humid north is rich in insects, nectar, honeydews, resins and pollen in summer. These specialty foods of nature are high in lysine, which is a limiting factor in the biological food chain for reproduction. Lysine is an essential amino acid. It is on this basic building block for the production of protein that life depends. On the other hand, the southern and warmer places to which species return for rest and repair produce other essential items. These are elite minerals that are incorporated into a colour coating for mimicry and recognition. It is this colour code that scans a universal system of success in reproduction.

Birds have an ecofunction. They patrol the flora of the planet grooming vascular plants for pathogenic insects. The reduction of pathogens is vital to a harmony in nature whose balance is often invisible and difficult to comprehend unless it is later viewed through the lens of a famine or pandemic. Both birds and beneficial insects succeed in the pollination and cross-pollination of global food crops to feed our human family and the rest of nature.

In addition, to the west of Pimachiowin Aki on the landmass, the labile tar sands are being surface mined for their bituminous hydrocarbon content. This “potential occupational carcinogen”, is a toxic barrier three times the size of Ireland and growing. It represents an additional peril to resting in the migratory routes of flight. So, and extra importance is now placed on the pristine habitat of Pimachiowon Aki as an alternate flight path.

From a botanical point of view the age-old pattern language of the flora is extraordinary. Aspen and balsam poplar trees jostle with Jack pine and deciduous oak. Birch line the river’s riparian areas. These trees have an under story of dogwoods and willow species for maximum feeding. The soil itself is held in place by fields of lichen species whose colourful variation in ascomata, or sexual organs, is astonishing. many kinds if these lichens have taken hundreds of years to form blankets and mature. This growth is unequaled anywhere in the planet, except perhaps in the Taiga in Russia’s north.

These lichen fields are dotted with Boreal ferns, in particular nana or reduced forms of Polypodiophyta with rhizome plates several feet across. This, too, is a fingerprint of ancient growth. These ferns are filled with pharmacologically active biochemicals and have been used in traditional medicines for millennia. In addition, a surprising finger-like pattern of Lycopodiophyta, or club moss, can be found growing in the long shade of the trees, maintaining moisture.

The Boreal forest within Pimachiowin Aki – a rich carpet of moss and lichens cover the ground.  Photo by D.G McKay

In a seamless way, the mature forest infringes on the riparian system into the edges of the rivers like a green wall. Below this wall, in the rich shadows, lies a vast series of water meadows of annual wild rice, possibly Zizania palustris var. angustifolia. This species of grass has an unusual companion plant in Elodea canadensis or Waterweed, which oxygenates the water directly around the stems of the wild rice, keeping them healthy. Another botanical splendor is seen in the anatomy of the stems of wild rice. A series of rounded nodal areas, all underwater, thicken into floats that gives this annual vertical stability and the capacity to do a 360 degree turn with the slightest river breeze to harvest a maximum of photons from the sun. This in turn, produces prodigious amounts of grain. The wild rice feeds an astonishing array of waterfowl. This food chain terminates in large numbers of golden eagles who patrol this system with beauty and ease.

Around two thousand years ago water was considered to be sacred. This thinking was a common bond amongst all of our ancestors. Uisce, or water was a place of reflection and prayer, if not a ritual. The waters of the rivers of Pimachiowon Aki hold this purity in bondage for all humanity. It is the place where otter pups still come to sup and play. Of course, the fish and fishing are superb.

Recently a new understanding of forested areas has arisen in science. It is based on the work of a marine chemist called Katsuhiko Matsunaga. He and his team have discovered an iron cycle that begins with the forest on land and ends up in the oceans by means of a transporting agent called fulvic acid from the forest floor. In the water the iron initiates the growth of fish food called nanoplankton. I, too, have added something to this. The action of the sun produces an oxygen switch of “on” and “off” for day and night. The iron is taken up during the day and works for the nanoplankton at night. So, now, it looks as if the forest is the fulcrum of life.

The sacred water of the Bloodvein River. Photo by D.G McKay

The land that gives life, is responsible for a huge watershed that enters Hudson Bay and onto the Labrador sea which feeds into the salt water currents of the Atlantic Ocean. Pimachiowin Aki offers iron from its rich land through a delivery of its forests to a saline environment where iron is needed by the microscopic life which is the foundation of all that is living, including whales, in the great seas.

My friend E.O. Wilson has stated that, “The loss of genetic and species diversity is a folly that our descendants are least likely to forgive us.” By some miracle and great suffering the peoples of Pimachiowon Aki have managed to hang on to all of the biodiversity under their protection for five thousand years. Let us celebrate their courage in Canada for the rest of the world with a UNESCO World Heritage designation for 2016.

– Arboretum Borealis: A Lifeline of the Planet. Ann Arbor: University of Michigan Press, 2010

4. McKay, Jeff. Once there was a tree, a journey across the global forest with visionary, Diana Beresford-Kroeger www.meritmotionpictures.com, 2014

10 Trees That Can Save the World, Call of the Forest: the Forgotten Wisdom of Trees, Diana Beresford-Kroeger, Manitoba, Ontario, Pimachiowin Aki, UNESCO
Share Post: