Stairway to the Stars 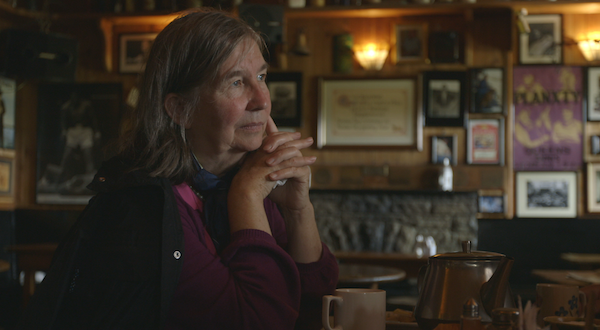 My garden has a long path. It starts at the Sugarberry and runs south through a tall grass meadow. It is maintained by mowing. The path was the core of an idea for a design I created a number of years ago for school children. They could see the small and tiny. I called it the Quantum Garden.

Here in the garden something magical happens at dusk. The stars begin to show and as they do, the bright ones hog the sky. All of a sudden, other stars appear, jumping out of everywhere. They flash from the grass to ground and up into the trees. They lazily trail up into the evening sky to join their brothers in the Milky Way. It seems as if the dusk is exploding into pinpoints of light, flashing and moving, stretching up to the sky.

As I walk down the path, from the Sugarberry tree, the stars walk with me. Sometimes an errant one sails forth heavenward and is lost to the tides of time. They glitter and flash, on and off, in a pattern only known to themselves. The stars are fireflies. They are insects with bioluminescence, a marvel of the northern world. They are creatures of the night, fascinating and mysterious, though silent in their reverie of moonlight.

Another creature growing in a flowerbed outside the front of the house holds a nighttime lure for my botanical eyes. Or is it the Wafer Ash. This is the sacred tree of the First Nations of North America. This tree used to be the darling of the medicine men and women once upon a time in this continent.

This tree goes into full flower in mid-June. The flowers are small, occur in clusters and are strange lime green in full sunshine. Their fragrance is immense during the day, but at night they come into their own. Coming up to a full moon when shadows are cast across the garden in a forbidding grid. The eerie non-colour of the flowers catch the reflected light of they moon and the glow with fluorescence. This bioluminescence guides the hungry moths to feed. The neon city shuts up shop for the day and descends down to ordinary.

Yesterday we had some great excitement. Chris was bush hogging the lower pastures. He came up to the house in a flurry. “There is something I want you to see.” He wouldn’t say anything else except, “You are in for a big surprise!” And I was. I walked over to the centre of an uncut area and saw to my amazement the most beautiful flowers I had ever seen in my life. They were orchids.

They were not just the ordinary orchids that are popping up all over our land these days. This was the queen of the landscape, the pink Showy Lady’s Slipper, Cypripedium reginae. The puffed rose front has an inside veined with deep purple which contrasts the waxy white sepals, fixed like a bow. This is a serious medicine plant of the Aboriginal peoples. It was used for nervous trembles. The leaves have glandular hair that can give the picker a very bad rash, somewhat like poison ivy or poison oak. But this exudate can travel in the nervous system in a symmetrical way in the body. Taming the willful brain when it is sick.

As I walked home leaving my queen to the majesty of her own fate, I walked under the tulip tree, which hummed with insect power. Then I passed my mourning doves feeding on the lawn in the company of one rabbit on the lawn who rolls up a plantain leaf and eats it as if he is smoking a cigar. Monsieur Cigar, he is always in the company of a pristine red squirrel who chatters at him constantly.

The vegetable garden is finally weeded. There are twelve water lilies out in the water garden. This is my life as I wait to hear the date of the premiere of the film in the fall.