This is a single blog caption
14
Oct 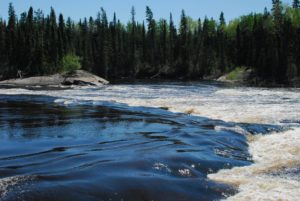 Please join us for a panel discussion with scientist and author Diana Beresford-Kroeger, Sophia Rabliauskas, and Martha Barwinsky moderated by CBC Manitoba’s Terry MacLeod following the 3:00pm screening of the new feature-length documentary Call of the Forest on October 22, at Cinematheque. The panel discussion will begin at 4:30 pm and is included with admission price for 3:00 pm screening of ‘Call of the Forest’.

The panel will focus on the vital role forests play in sustaining our culture and our climate, touching on the importance of preserving Canada’s boreal forest, Winnipeg’s urban forest, and the role of First Nations as stewards of the land.

Diana Beresford-Kroeger is a world recognized author, scientist, and environmentalist . She has a unique combination of western scientific knowledge and the traditional concepts of the ancient world.

Sophia Rabliauskas is a respected member of the Poplar River First Nation in the boreal region of Manitoba who has worked with her community to secure interim protection of their two million acres of undisturbed forest.

Martha Barwinsky has been a researcher and instructor with the University of Manitoba, a practicing arborist, and is currently a steering committee member for the Canadian Urban Forest Strategy. Martha is also an ISA Certified Arborist, and member of the ISA and the Society of Municipal Arborists.

Moderator Terry MacLeod is host of The Weekend Morning Show on CBC Radio One 89.3 FM/990 AM. Terry MacLeod has established himself as a respected, informed, inquisitive and compassionate presence on the Winnipeg scene. 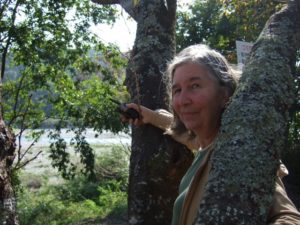 Join Diana for a walk that considers urban trees and Winnipeg’s famed elm canopy on Sunday, October 23, at 1 pm. To register contact Laurel Hogan at treespeakfilms@gmail.com.

Maximum 30 people. Registrations will be taken on a first come, first served basis.